Dream On! was a collaboration between the Royal Conservatoire of Scotland, Glasgow School of Art, University of Glasgow, BBC Scottish Symphony Orchestra and the BBC Online. Performed at Bute Hall, it was a celebration of Shakespeare 400, with collaborations between over 300 students.

My role was to direct the second year BA Acting students, devising around The Five Stages of Sleep. It was a challenging brief in that each section had specific time requirements as indicated by the length of music as well as challenges of the space: a long runway surrounded by audience and an orchestra. Accessibility was very important to the team, and an exploration of how it can be embedded within the art rather than an afterthought. We achieved this through including BSL in our movement, creative projection, dynamic use of sound, and

I was also tasked to guide the projections team to ensure both clarity and accessibility of the piece, and was responsible for all the text in the performance, both written and spoken.

Dream On! was nominated for Sunday Herald Scottish Culture Event of the Year 2016.

More images of the whole production are available here. 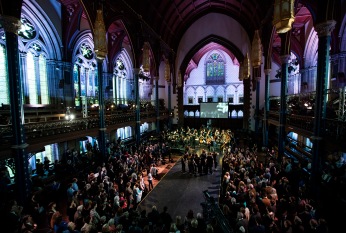 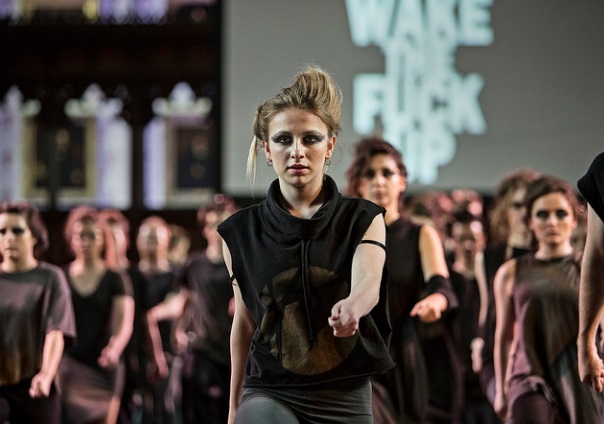