The death of a father leaves room for decades of silenced emotion to erupt. In a play exploring grief, frustration, and alcoholism a son searches for meaning while a father has one last wish before he departs.

A chance encounter sets off a frantic pursuit of justice years later. Years ago, Tom, who stumbled on the dying body of a woman on his way home from school, has now lost everything after waiting each night for a chance to redeem himself. In a final moment of desperation can he save someone in their dying moments?

Village Pub Theatre took over the downstairs of the Old State Cinema in Leith to present three themed nights of rehearsed readings: Dirty Lady Garden, Half a Chandelier and a Packet of Crisps, and Left for Dead. Typical to the fast-paced nature of the VPT events, each script had an hour of rehearsal before being presented to willing audiences.

Momento Mori, and Justice Postponed were part of the line up for Left for Dead, a selection of short plays inspired by the abandonment of Leith Theatre, the forgotten door. 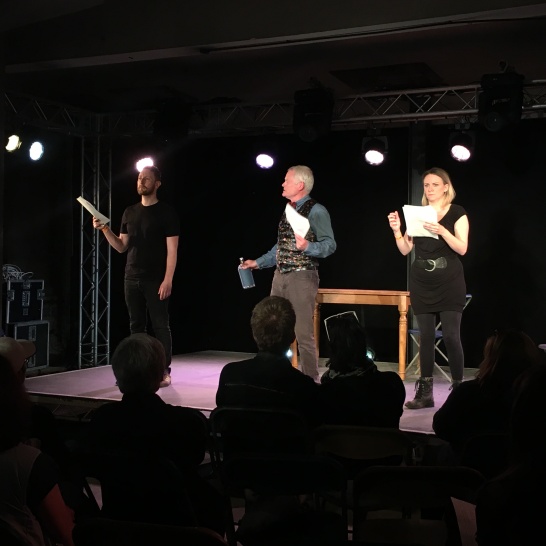