NoMa is currently postponed until after the current health crisis when it will play at the Tron Theatre. Please follow us to be kept up to date.

Listen to the music playlist.

“History does not repeat, but it does instruct.”
Timothy Snyder

Inspired by the rise of tyranny in Western politics, this darkly comic and unnerving production looks at a city being consumed by a new regime, NoMa. This is a visually-striking, overpowering, and claustrophobic investigation into how regimes can manipulate populations, and how active citizens can disrupt those patterns.

The throbbing heart of the city is being taken over. Its people subjected to the cries of a new way of living. As the machine takes control it creates noise throughout the city. 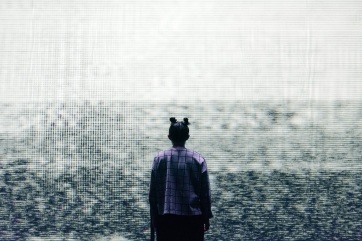 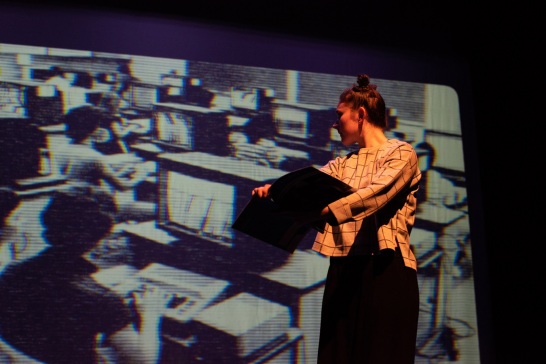 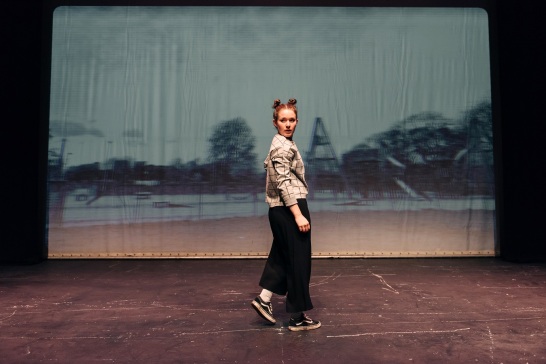 We place design in a co-leader position within the creative process, deviating from the traditional director-led/script-led processes where design is added later. By placing direction, design, and playwriting as equal instigators, simultaneously leading and responding throughout, we offer an exciting alternative the usual model of theatre available to Scottish audiences. We believe our unique structure creates compelling, innovative, and visually-striking ways we can tell stories.

“The heavy crawl towards dystopia.”
“The music and images make you feel physically uncomfortable.”
“It’s that sort of laugh as the world burns feeling”
“Roald Dahl on steriods.”
More Audience Feedback